A diagonal lashing is used to bind two poles together that cross each other but do not touch (or are likely to be pulled apart) when their ends are lashed in place in a structure. Often used for securing diagonal braces used to hold a structure rigid. 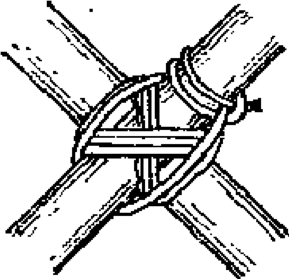